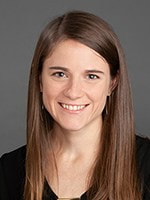 DR. KRISTEN NICHOLSON
Biomechanist - Pitching Lab Director
​
Kristen Nicholson, PhD, joined the pitching lab staff in October 2018 as the director of the lab and lead of biomechanics research. She earned her undergraduate in Mathematical Science from Clemson University and her MS and PhD in Biomechanics and Movement Science from the University of Delaware. Dr. Nicholson wrote her dissertation on a mathematical model for measuring scapular motion and became an expert in upper extremity biomechanics. While at the University of Delaware, Dr. Nicholson was the project lead on a collaborative project between US Figure Skating, the University of Delaware, and C-Motion (a biomechanical analysis company). The project was designed to facilitate the performance of triple and quad revolution jumps by Olympic and pre-Olympic skaters.

For the past three years, Dr. Nicholson has worked as a biomechanical research engineer at Nemours/A. I. duPont Hospital for Children in Wilmington Delaware. During this time she augmented her clinical skills while developing her own research interests. She earned an ACCEL Mentored Research Development Award and subsequently secured grant funding from the Scoliosis Research Society. Dr. Nicholson has a particular interest in the development of non-invasive tools and methods for assessing kinematics and implementing scapular kinematics in baseball pitching.

Dr. Nicholson is currently an Assistant Professor in Orthopaedic Surgery at Wake Forest Baptist Medical Center in Winston-Salem, North Carolina. She has over 20 academic presentations, 15 peer-reviewed research manuscripts, and a book chapter. She is looking forward to leading research in the pitching lab. 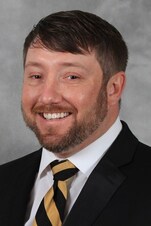 Evan Wise joined Wake Forest in July 2019 and is working as the Pitching Lab Coordinator with the Wake Forest Baseball team. His responsibilities include collecting and analyzing biomechanical data, and using it to prepare throwing plans for Wake Forest's pitchers.

Before coming to Wake Forest, Wise worked at 108 Performance Academy in Tustin, California, where he was the summer director of pitching to educate pitchers on kinematics and pitch metrics.

Wise previously spent 2018 as an Area Supervisor for the New York Mets with scouting responsibilities in Southern California.
Before that, Wise was pitching coach and recruiting coordinator for four seasons at Lenoir Rhyne, where the team finished fifth nationally in strikeouts per nine innings in 2017, and he coached the league's pitcher of the year, Thomas St. Clair. He helped six pitchers sign pro contracts with MLB organizations in his time there. He also oversaw all aspects of the program's strength and conditioning.

Wise was an assistant coach at South Carolina-Sumter for four seasons from 2010-14, where the team tallied a 2.68 ERA, best in program history.

Wise played at Lenoir Rhyne, where he received a bachelor's degree in history in 2009. 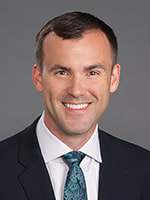 A 13-year military veteran, Dr. Waterman has served his country with distinction, earning multiple honors including the Meritorious Service Medal and Army Commendation Medal. He previously completed a combat deployment with the 28th Combat Support Hospital to Helmand Province, Afghanistan in support of the 8 th Marine Regiment from Camp Lejeune, NC and a multinational force from Jordan and Afghanistan. Dr. Waterman is committed to graduate medical education and clinical and translational research. He has previously served as Director of Orthopaedic Research in Texas, and he holds faculty appointments at WBAMC, Texas Tech University, and the Uniformed Services University of the Health Sciences in Bethesda, MD.

Dr. Waterman is currently an Associate Professor in Orthopaedic Surgery at Wake Forest Baptist Medical Center in Winston-Salem, North Carolina. He has published over 100 peer-reviewed research manuscripts, 20 book chapters, and received the institutional award at WBAMC for Researcher of the Year on three separate occasions. He is on the editorial board of the Arthroscopy Journal and American Journal of Orthopaedics. He serves on multiple committees through American Academy of Orthopaedic Surgery (AAOS), Society of Military Orthopaedic Surgeons (SOMOS), and AANA, in addition to being a member of the American Orthopaedic Society for Sports Medicine (AOSSM) and American Shoulder and Elbow Society (ASES).

Dr. Waterman truly enjoys quality time traveling and hiking with his wife, Sarah, a historical fiction author, and their dog, Gilbert. As a former intercollegiate soccer athlete at Elon University, Dr. Waterman is enthusiastic about all things sports and fitness-related. He looks forward to caring for Atlantic Coast Conference athletes as a member of the Wake Forest Sports Medicine group. 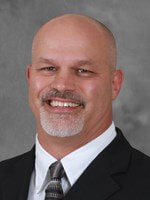 JEFF STRAHM
Baseball Athletic Trainer
Jeff Strahm is in his 21st year in 2018-19 with the Sports Medicine Department, working as the head athletic trainer for the Wake Forest baseball team. He is responsible for the team's day to day care including prevention, treatment and rehabilitation of injuries.

Strahm has been the head baseball athletic trainer since coming to Wake Forest in 1998 and has been instrumental in the team's run of six NCAA appearances and two Atlantic Coast Conference championships. While at Wake Forest he also worked three years with the men's soccer program and four years with the women's volleyball program.

Strahm graduated from Kansas State University in 1996 with a bachelor's degree in Kinesiology while working as an athletic trainer for the football, basketball, and baseball teams. While at Kansas State he gained valuable experience under the tutelage of head athletic trainer Jim Whalen, now of the New England Patriots.

He and his wife Sarah have three children, son Levi, and daughters Taryn and Cambry. 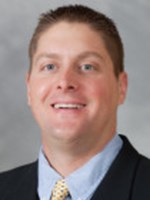 Seaver was a pitcher on the Wake Forest baseball team from 1993-96. He was drafted in the fourth round of the 1996 MLB Draft by the Baltimore Orioles and played professionally in the minor leagues for six seasons.
Seaver finished his degree in health and exercise science from Wake Forest in 2003.

Seaver is certified by the Collegiate Strength and Conditioning Coaches Association (CSCCA).

Originally from Pittsburgh, Seaver currently resides in Winston-Salem with his wife, Kelly, and their daughter Emily and son Kade.